National Parks have made me happy, so it’s only appropriate for me to wish them a happy 100th birthday today.

I love the national treasures found within the National Park system. The photos below are from a Flickr album of photos I took at Teton National Park (and adjacent National Forests) in Wyoming. My family and I have been there several times–but never enough. We’ve been to nearby Yellowstone, as well. But Teton park tugs at me. If you are a fan of the film Shane, the majestic mountains in the background of most shots look very similar to this photo as much of that movie classic was filmed in this area called Moose, Wyoming.

My favorite national park east of the Rockies is Acadia in Maine, which  is like visiting several parks because of the variety of its natural beauty. You’ll be looking one minute at crashing waves and the next moment feel like your are driving through the Rockies. 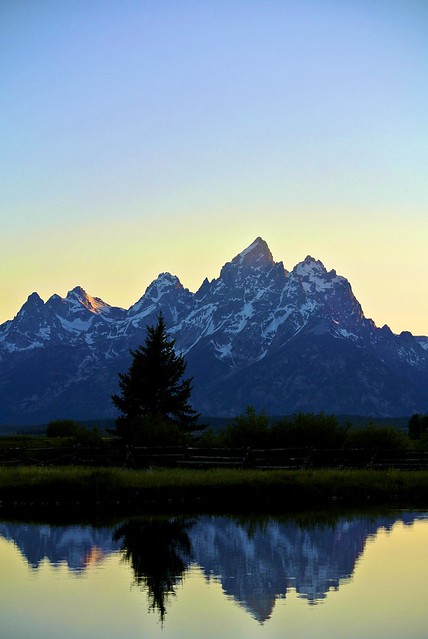 Many years ago, I was able to ask the head of the U.S. Park system (at the time) what his favorite national park was. Without pause, he said, “Glacier.” It’s been on my bucket list ever sense. Close to home, the Natchez Trace Parkway, not technically a national park, but managed by the U.S. Park Service, is a 440 mile of road that I’ve biked on for much of the Tennessee portion, but it, too, has about 400 miles of bicycling bucket list to it, also.

Happy birthday, national parks. You’ve made me happy on many, many occasions.